Planning a weekend trip to any destination can feel overwhelming especially when must-see historic and culinary attractions combined with ample time for relaxation are on the agenda.  If you’re visiting Dutchess County in New York’s Mid Hudson River Valley, look no further than this Top 10 List which includes a  locally run bed and breakfast to spend your evenings. 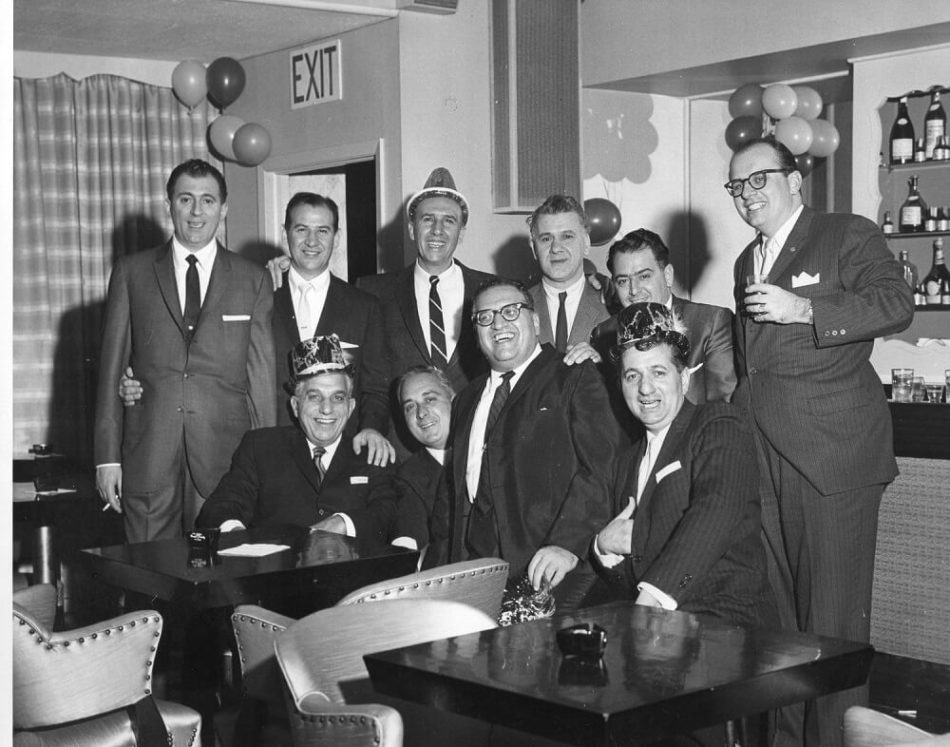 With roots in the restaurant business extending back to 1906 first with Angelo’s Tavern in Brooklyn and then starting in 1956 at Gurney’s Inn in Montauk NY, the Monte family over the generations is no stranger to providing gracious hospitality and authentic Italian dishes.

Today, the Montes have reinvented themselves in Amenia NY with Monte’s Local Kitchen & Tap Room. Ann Marie (daughter of Angelo Jr) along with her 4 siblings and all their spouses joined forces with Chopped Champion Dafna Mizrahi. Angelo “Chip” Monte (former Executive Chef at Gurney’s Inn) still keeps a watchful eye over the kitchen serving up family inspired cuisine made from locally and sustainably sourced ingredients whenever possible.

Chef Mizrahi, a graduate from the Culinary Institute in nearby Hyde Park, is the ideal ambassador for Hudson Valley farm to table Italian dishes as they’re served in Italy with only the freshest ingredients from local purveyors like feta from the owners of Four Brothers pizza parlor a block away, “toussaint,” a cow’s milk pecorino, from Sprout Creek in Poughkeepsie, chicken from North Wind Farm in Tivoli, and strip steak from Sugar Hill in Pine Plains. You can taste the difference in menu stalwarts like Angelos meatballs, a specialty blend of beef and ricotta, and their Caprese salad.

Dating back to 1677, The Hudson Valley is the oldest wine growing regions in the country. At the heart of this heritage is 98 acre Milea Estate Vineyard with their brand new tasting room perched on a knoll overlooking the vineyard’s 5.7 acres of Cabernet Franc and Chardonnay surrounded by rolling hills, horse pastures, and orchards in the distance. The interior has a farmhouse feel with a French bistro twist of tiled floors and copious paintings displayed on the walls. Right now, wine and cider tastings accompanied by cheese and charcuterie are served on the patio but eventually a broader menu will at times be prepared in a outdoor kitchen hosting cooking classes and wine dinners prepared by celebrity chefs.

It’s not often that award-winning wines come from a first crush, but that’s exactly what happened at Milea in 2015. A member of the Hudson Valley Cabernet Franc Coalition, Milea is best known for their single varietal and Cab Franc rosé but also grow small lots of Pinot Noir, Riesling, Grüner Veltliner, as well as more extraneous varietals like Blaufränkisch, Noiret, and Traminette. While not certified organic, they grow fruit as sustainably as possible with most vineyard work done by hand reducing the impact of machinery and need for pesticides.

Just as much as grapes, apples have always figured prominently at this family owned estate as far back as 1984. The trees produced apples so plentiful that cider making became a worthy pursuit early on especially when combined with local cider apples sourced within 20 miles of the estate.  Their current lineup includes The Jumper Traditional (extra dry), The Jumper Orchard Select, and a Wild Goose Bourbon Barrel-aged cider aged for 3 months in barrels from Hillrock Distillery in Ancram, NY. Look out for their rose cider set to be released in the summer of 2020.

The first presidential library in the United States, The Franklin D. Roosevelt Presidential Library and Museum is located on the grounds of Springwood, the Roosevelt family estate in Hyde Park. Unique compared to other presidential libraries, it was built under the President’s personal direction while he was still alive. Roosevelt was also the first president to make his papers available to the public by donating them to the United States government. When it first opened in 1941, the library housed a vast collection resulting from all his years in public service and quickly became overcrowded because he didn’t expect to serve more than two terms.

Built of Hudson Valley fieldstone in a style reminiscent of Dutch colonial architecture, the library and museum’s displays dig deep into Roosevelt’s political impact and personal life including his study where he delivered several of his signature fireside chats via radio. In 2009 the library and museum received a $17.5 million renovation and features 3 floors of state-of-the-art exhibits including the car that accommodated his disabilities resulting from polio.

Also on the grounds of the Presidential Library, entering FDR’s homestead gives you the feeling that Franklin and his wife Eleanor just stepped out and will be back shortly to greet you. The rooms with attendant decor, particularly Franklin’s library, are preserved just as they were upon his death. Informative placards put things into context like where the Queen of England and Winston Churchill stayed when visiting as well as the elevator that Roosevelt had personally installed as a young man.

After residing for many years in Brooklyn Heights while enjoying weekend trips to the decidedly more breathable and rural Hudson Valley, Valerie Valente and Eric Miller decided to buy Journey Inn B&B making it their permanent home.  They soon became local experts sharing advice on all there is to do in the region. The inn has plenty of places to linger with a book or board game as well as meeting other guests in the 2 downstairs sitting rooms. Their scratch-made family style breakfast served each morning is sure to accompany their Shih Tzu named Buddy who will invariably be making the rounds and winning hearts. A large window overlooks an extensive backyard and bird feeders that attract a wide variety of songbirds.

The inn itself has loads of windows and the interior decor of their 7 guestrooms and suites reflect local history and inspirational destinations ranging from local legends like the Roosevelts and Vanderbilts to the English countryside and New York City. Best of all, you’re within sidewalk walking distance to  Hyde Park Village and directly across the street from the Vanderbilt Estate. By car, you are happily 15 minutes equidistant between downtown Poughkeepsie and the Village of Rhinebeck.

Just across the street from Eleanor’s Val-Kill, Joseph’s Italian Steakhouse is actually located in a building that once belonged to the famous First Lady where in 1933 she began using it as a tearoom and entertained Queen Elizabeth during the royal family’s 1939 visit.

Now completely rebuilt after a fire heavily damaged it several years ago, the formal dining room is divided into an American steakhouse and a reopened tearoom where guests can take afternoon tea as Eleanor and her visitors once did with a 3-course spread complete with finger sandwiches, homemade scones with strawberry butter, petit fours, and truffles. The steakhouse dining area dubbed the “Sinatra Room,” usually has the legendary crooner playing in the background along with photos from his Rat Pack days adorning the walls making it the perfect setting for experiencing their 12 different certified Angus cuts dry-aged in-house for 30 days.

Walkway Over the Hudson

What was once the Poughkeepsie-Highland Railroad Bridge and longest bridge in the world when it was originally built in 1889 now welcomes over 500,000 visitors annually from across the globe. The 1.28 mile long walkway 212 feet above the water spans the Hudson River, connecting the Empire State Trail and Hudson Valley Rail Trail networks.

After a fire destroyed the tracks and a large portion of the bridge’s wood decking ignited by a spark from a train’s brakes in 1974, the structure languished until non-profit group Walkway Over the Hudson assumed ownership and began reconstructing the bridge surface into a linear walkway in 1998.

Officially re-opened in October 2009, Walkway Over the Hudson is now a State Historic Park open year round featuring views of the Catskills to the north, Hudson Highlands to the south, and can be seasonally accessed via an ADA-compliant 21-story glass elevator just a short walk from a Metro North train station near Poughkeepsie’s waterfront at Upper Landing Park.

Open for tours year round, a historic Italianate mansion sits on a bluff on Locust Grove Estate overlooking the Hudson River surrounded by 200 acres of landscaped grounds with 5 miles of hiking trails awaiting exploration.

Built as a summer home in 1852 for artist and inventor Samuel F. B. Morse of telegraph and Morse Code inventor fame, the mansion’s design was inspired by the detailed sketches Morse made on scraps of paper he eventually handed over to his architect depicting the elegant villas he visited in the Italian countryside during his early years.

Morse was also strongly influenced by romantic 19th-century landscape garden design. When the next owners William and Martha Young purchased the property, they expanded the formal gardens and added a kitchen garden which today is restored as a place for visitors to learn about the wide variety of vegetables and fruits grown on the estate over the past 3 centuries.

Touring the mansion’s 25 rooms, it feels as though everything was left untouched since the times when a large housekeeping staff tended the kitchens, dining areas, and laundered the countless linens and bedding still on display. At the turn of the 20th century, the layout was expanded and modernized adding a new, larger dining room wing, guest bedrooms, and practical conveniences like central heat, running water, and electric lighting. The Estate opened to the public in 1979 showcasing its 15,000 piece collection of furniture, paintings, and decorative arts.

Shadows on the Hudson

Perched on a cliff just 50 feet from the edge and 40 feet above the Hudson River, Shadows on the Hudson’s dining room feels like you’re on a cruise ship looking out over the open water. Even as you walk through the restaurant’s front doors, you are immediately connected to the river with 2 large murals of the Mid-Hudson Bridge and Walkway over the Hudson. More historic images flank the walls leading to the front desk with a custom made temperature controlled wine cellar in the background.

A 4-sided blue stone glass floor to ceiling fireplace at the center of the restaurant separates the lounge from the main dining area. The bar currently features 16 draft beers including a number of local craft favorites along with a state-of-the-art wine dispensing system offering 8 reserve list wines by the glass.

In addition to Shadows’ outside terrace during warmer months, the restaurant’s panoramic glass wall can be removed for a one-of-a-kind indoor/outdoor dining experience. Their menu showcases fresh inventive seafood and steak dishes ranging from Fettuccine Fra Diavolo to Burgundy Braised Beef Short Rib. Directly below is Shadows Marina where you can take the Shadows One water taxi to the Newburgh Waterfront and back.

FDR purchased a parcel of land that would become Val-Kill in 1911 and Eleanor quickly became fond of the property in the early 1920’s picnicking on the east bank of a stream running through the property called Fall-Kill. Known for their love of outdoor activity and informal gatherings, the Roosevelts adopted the picnic spot as a favorite place away from the main house to relax in a secluded natural setting. Later, Eleanor used the site to establish Val-Kill Industries building a cottage and workshop where women revived handcraft traditions like furniture-making, metalwork, and weaving providing a skills training program that later served as a model for New Deal WPA recovery programs. 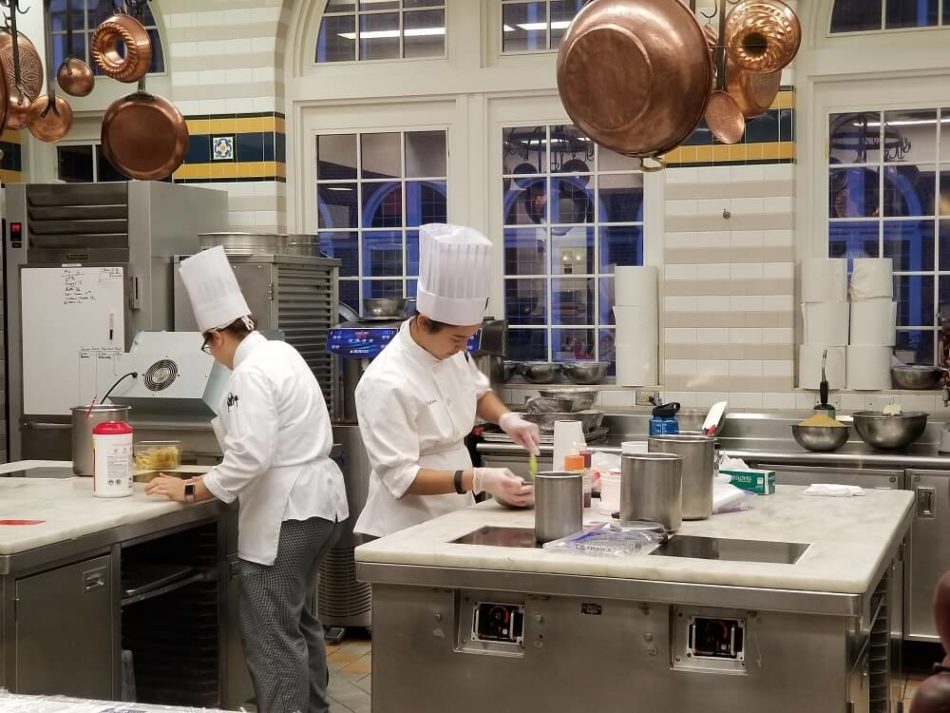 Led by CIA students, reservation-only public tours are available every Monday–Friday. You get an inside look into the school’s kitchens and witness chefs grading students’ handiwork firsthand. Student chefs prepare dishes for all onsite restaurants including American Bounty Restaurant which focuses on contemporary and traditional dishes made with regional and seasonal ingredients.

Back in 1973 when American Bounty opened under the direction of a former alum, the menu was defined by the belief that American food could be as fresh, inventive, and locally based as its much-touted French counterpart. This was way before the Hudson Valley’s farming renaissance made it into the regional breadbasket it is today. Since then, the restaurant has evolved but remains dedicated to celebrating the joys of the table and using exquisitely fresh ingredients in dishes like Venison Loin and Seafood Pie.